KAC is offering an opportunity for in-depth study of the Bible and theology in a local church context! With instructors from local churches, we are excited to offer courses for anyone looking to grow deeper in their walk with the Lord.

There are 12 courses available per year starting every fall season. Each course is 6 weeks long and meets once per week either on Mondays, Tuesdays or Wednesdays from 6pm-8pm at Kenmore Alliance Church. You can choose to take any number of courses. Cost per course is $50 and includes the cost of the books and materials needed. Students will receive a certificate of completion for each course.

Course Description: In continuation of Old Testament 1, this course will provide a survey of the background and content of the remaining books of the Old Testament. An overview of the Old Testament will be presented using systematic, chronological, thematic and exegetical methods. The student will develop a biblical worldview, grasp the purpose of the Law and its typology, witness the unfolding of the Messianic anticipation and cultivate an appreciation for God’s faithfulness to Israel.

(Old Testament 1 highly recommended, but not required as a prerequisite.)

Course Description: This second course in systematic theology continues on the foundation laid in Theology 2 which covered Methodology of Theology and the doctrine of the Bible, the person of Christ, doctrine of Anthropology (Sin), and Salvation. The logical extension of these doctrines leads to a discussion on how the believer is to live (sometimes called Peripatology, including Ethics) and be involved in community (Ecclesiology, doctrine of the Church).

Introduction to Apologetics * BACK BY POPULAR DEMAND!

Introduction to Christian apologetics will examine whether the claims and beliefs of Christianity are supported by real evidence and reason, or if some claims are fictions we have blindly accepted (See 1 Peter 3:15 for a Biblical direction to pursue such a study). Over six weeks we will address (at a minimum) four main questions:

1) Are there solid reasons and evidence that support the belief that there is an all-powerful being that we call God?

2) Are there solid reasons and evidence to support the belief that this all-powerful being really communicated to the human race through writings that we collectively call the Bible, and that these writings have been accurately passed on to us?

3) Are there solid reasons and evidence to support the belief that this all-powerful being appeared among us as a human being named “Jesus” (English version of His name), died, and was resurrected from the dead as confirmation of His claims?

4) If God is good and all-powerful, why does He allow evil to exist in our world?

(New Testament 1 highly recommended, but not required as a prerequisite.)

Course Description: Through this course students will learn how to study and communicate the Bible in a variety of settings whether that be one-on-one, in small groups/teams and in large groups. This course will equip students to study the Bible accurately through the use of basic principles of observation and interpretation of the biblical text. Attention will be given to the historical, grammatical and literary study of Biblical passages in their contexts. Building on this foundation, students will learn how to develop an appropriate Bible-based lesson for any given setting (one-on-one, small groups/teams, large groups, etc.).

Course Description: Students will study theology and principles of evangelism and missions that is both effective and biblical. This study will provide a framework for a lifestyle of participating in, and leading others toward, completing the Great Commission domestically and internationally.

Course Description: "Biblical Peacemaking's mission is to change the culture," of the Church so that we resolve conflict in a God-honoring way. To do this we use a biblical framework and common language to approach conflict. For more information, check out the CMA's website (Christian & Missionary Alliance). https://www.cmalliance.org/ministries/peacemaking

Spiritual formation is the Spirit-driven activity in which believers in Jesus cooperate to have our inner life shaped to resemble the inner life of Jesus. This course will provide students with an introductory overview of the dynamics involved in this spiritual formation. Students will be able to understand and articulate a biblical theology for personal spiritual growth and renewal through the following topics:

Course Description: This course is a survey of theology featuring a comprehensive study of the major doctrines of the Bible, and how they apply to the life of the Christ follower, the local church, and the universal body of Christ. A few of the topics to be discussed are as follows:

Course Description: This course will provide a survey of the background and content of the books of the Old Testament. An overview of the Old Testament will be presented using systematic, chronological, thematic and exegetical methods. Students will develop a biblical worldview, grasp the purpose of the Law and its typology, witness the unfolding of the Messianic anticipation and cultivate an appreciation for God’s faithfulness to Israel. 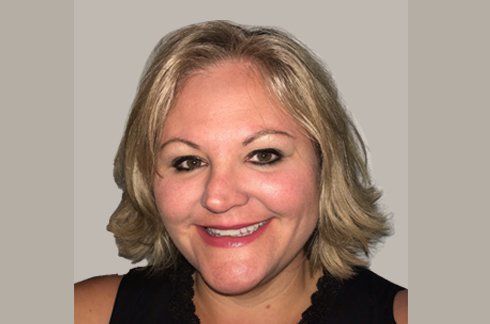 Johanna (Hanna) Brown received a bachelor’s degree in Criminal Justice and Sociology with a focus on Restorative Justice policy and practice. Johanna has a diverse background in management, banking, portfolio administration and ministry. Johanna is certified with the Christian and Missionary Alliance as a Conflict Coach and Mediator. She is certified in Elder and Adult Family Mediation to help families making decisions for the elderly population. She currently serves in Court-Based Mediation for family and parenting disputes. Her passion is to help individuals, families and marriages pursue peace through the ministry of reconciliation and discipleship.
johannajbrown@gmail.com 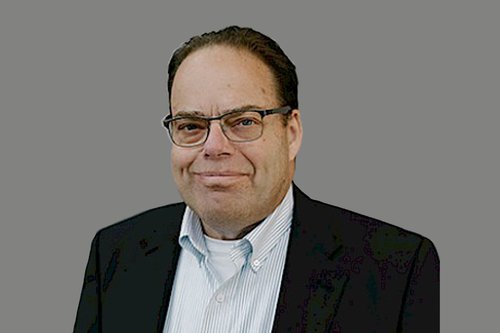 Deone received his Doctorate in Ministry from Trinity College and Seminary (Newburgh, IN), Master of Arts in Theological Studies from Liberty University (Lynchburg, VA), Bachelor of Arts in Biblical Studies from Baptist Christian College (Shreveport, LA), and a Bible Diploma from Liberty Bible Institute. He served as the Singles and Teaching Pastor at The Chapel from 1984-2021. He has also been High School Bible Teacher at Christian Central Academy from 1984-1992, 1999-2001, and 2011-2015. Director of The Chapel’s Bible Institute, 2002-2020, which was connected with Liberty University from 2004-2011 and a satellite site for Houghton College – a Christian college in southern New York (offering an Associate of Arts in Ministry degree) from 2014-2019. He is the co-author of the book, “Love Within the Circle,” and author of the book, “What’s the Attraction.”
deonewdrake@gmail.com 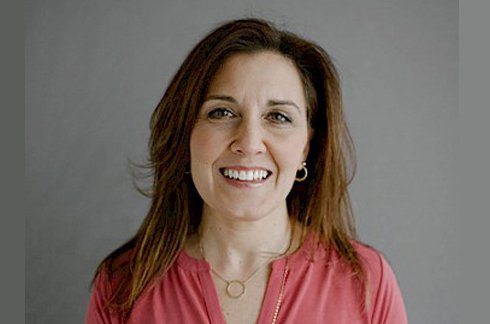 Kim received her Master of Arts in Religion with a concentration in church ministries from Liberty University. She also has a Bachelor of Science in Health and Human Services from the State University of New York, at Buffalo. She is the Mobilization Director at The Chapel and has taught at the Renovation Institute at The Chapel. 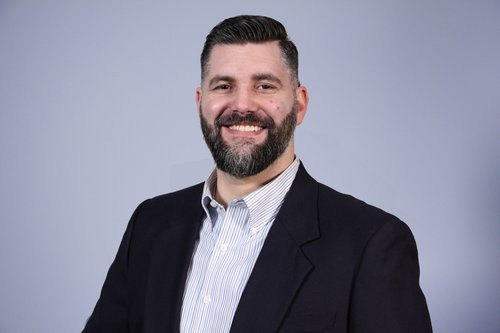 Charles currently serves as the Lead Pastor at Kenmore Alliance Church. He also serves as the Chairman of the KAC Elder Board. He received his Associates Degree in Christian Ministry from Houghton College, and is an Ordained Minister with the Christian and Missionary Alliance. Charles has completed Renovation University, which is a two-year ministry cohort, with The Chapel. He has also served as a Worship Pastor at KAC, and has been a guest speaker at various venues.
charles@kenmorealliance.com 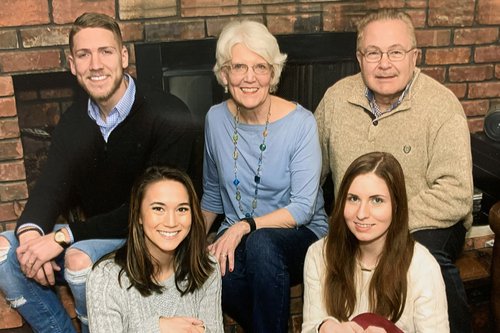 John received his Doctorate in Ministry from Ashland Theological Seminary (Ashland, OH), Masters in Divinity from Trinity Evangelical Divinity School (Deerfield, IL), M.A.T.S. (Theological Studies) from the International School of Theology (San Bernardino, CA), and his Bachelor of Arts in Political Science and Religion from Boston University. He has been a Teaching Fellow at the Institute of Biblical Studies (CRU International), an Adjunct Professor in Religious Studies Program at SUNY Buffalo, an Adjust Professor in University Honors College at SUNY Buffalo, taught courses at the School of Leadership international, taught at the Ukrainian Bible Institute, and an Independent Study Instructor at SUNY Buffalo. John has served with the Epic Asian American Campus Ministry at SUNY Buffalo, and Campus Crusade for Christ. He is an Ordained Minister with the Evangelical Church Alliance (Bradley, IL). He was a chairman of the Elders at Kenmore Christian & Missionary Alliance Church (Tonawanda, NY) from 1986 to 1996. 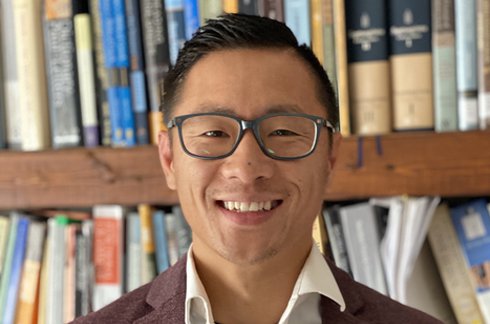 Vinh is currently working on his PhD specializing in New Testament Greek and Linguistics. He earned a bachelor’s degree in Biblical Studies and Christian Ministry from Ouachita Baptist University and an MA in Biblical Languages from the New Orleans Baptist Theological Seminary. 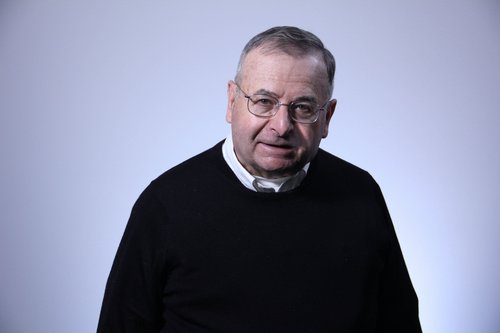 Jeff has served as an elder on the KAC Elder Board since 2019. He received his Doctorate in Juris Prudence at the State University of New York, at Buffalo; Master’s Degree in Public Administration from the Maxwell School of Citizenship and Public Affairs of Syracuse University; and Bachelors in Political Science at Canisius College. He currently teaches Logic at Rivendell Study Center, has taught a variety of courses at local colleges, and has been a guest lecturer at various legal organizations. Jeff, and his wife Michelle, have hosted and taught numerous bible studies and small groups for over 30 years. He has also written an article “Evolution; Fact or Faith? A Question to the prevailing orthodoxy” at Liberty Life & Family Journal of Regent University.
jaspencer7@gmail.com 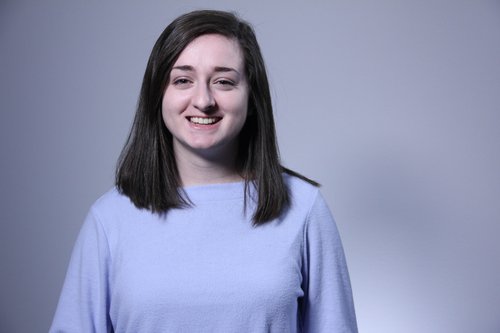 Victoria has received her Bachelors in Biblical Studies (Crown College), Bachelors in Christian Ministry (Crown College), International Studies at Jerusalem University College, Associates in Christian Ministry at Houghton College, and is currently pursuing a Masters of Divinity (Crown College). She is licensed by the Christian and Missionary Alliance, and is currently participating in the Renovation University (a two-year ministry cohort) with The Chapel. Victoria has been an Administrative and Children’s Ministry Assistant at Kenmore Alliance Church, and an Administrative and Children’s Ministry Intern at New Covenant Church. She has been a guest speaker at several youth and adult events and/or services.